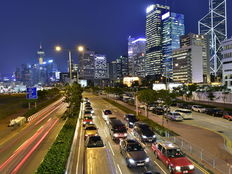 Getting Rewarded With Emerging Markets Junk

Emerging markets equities get plenty of attention for being undervalued relative to their U.S. counterparts while developing world debt is being lauded for superior yields at a time when bond yields in much of the developed world reside near historic lows.

For risk-tolerant bond investors, emerging markets high-yield corporate debt is asset class, though often overlooked, that can make a lot of sense when it comes to boosting yield. The VanEck Vectors EM High Yield Bond ETF (HYEM A-) provides that access.

HYEM seeks to replicate the ICE BofAML Diversified High Yield US Emerging Markets Corporate Plus Index, which is comprised of U.S. dollar-denominated bonds issued by non-sovereign emerging market issuers that have a below investment grade rating and that are issued in the major domestic and Eurobond markets.

“Top contributors to performance of the ICE BofAML Diversified High Yield US Emerging Markets Corporate Plus Index this year, in terms of country of issuer, include many of the countries with the highest weightings,” said VanEck in a recent note. “With positive fundamentals in Russia and the prospect of structural reforms in Brazil, these countries are, not surprisingly, among the top contributors this year. Perhaps more surprising is that China, Turkey and South Africa are also outperforming, given the various domestic and geopolitical issues impacting those countries.”

Before investors start diving headfirst into EM debt, they do need to understand the risks associated with overseas bonds. A couple of areas are the liquidity and volatility these bonds can be subject to with respect to their markets.

As the bond markets become more challenging, it could even spill over to lesser yields in riskier assets like high yield debt. As such, this could spur an uptick in emerging market debt, which can offer investors a higher yield versus domestic U.S. debt.

Indeed, HYEM has been bolstered this year by some surprising markets, including countries where are equities are lagging the MSCI Emerging Markets Index.

“Tighter credit spreads among Chinese, Turkish, Brazilian, Russian and South African companies have contributed significantly to performance, but spread movements on the index overall have had a neutral return impact,” according to VanEck.

Those three countries combine for nearly 31% of HYEM’s geographic exposure. The fund yields 5.93%.