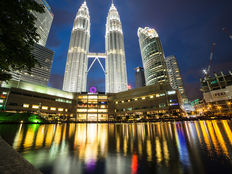 How to be Picky in Emerging Markets

The case for emerging markets equities isn’t dead, but the case for being highly selective in this asset class is alive well. Emphasizing quality is one way of being picky in developing economies and the FlexShares Emerging Markets Quality Low Volatility Index Fund (QLVE) is just the ETF for that objective.

The three ETFs utilize a quality screen to provide exposure to high-quality companies with lower absolute risk, thereby limiting potential future volatility. The quality screen analyzes a broad universe of equities based on key indicators such as profitability, management efficiency, and cash flow, and then excludes the bottom 20% of stocks with the lowest quality score. The index is then subject to regional, sector and risk-factor constraints, in order to manage unintended style factor exposures, significant sector concentration, and high turnover.

“Optimism about a U.S.-China trade deal, coupled with the prospect of a third interest-rate cut this year by the Federal Reserve — which would increase the scope for even lower rates in developing economies themselves — look set to sustain the rally,” reports Bloomberg. “Yet traders will be on the lookout for any further evidence of slowing global growth as well as the myriad of political risks in the developing world.”

Political volatility and risk are factors investors must always evaluate in emerging markets, but QLVE eases that burden to countries that are politically sound. For example, China, South Korea, Tawian and India combine for over 60% of the fund’s geographic exposure.

Emerging markets have always given investors another look at the global growth landscape, particularly since they could be in different economic phases—for example, the U.S. could be reaching a peak while an emerging market country could be in a growth acceleration phase.

For its part, QLVE dodges some of the most politically volatile emerging markets. The fund features no exposure to Argentina and only light exposure to South Africa, as just two examples. Brazil, Latin America’s largest economy and 7% of the FlexShares fund’s weight, could present some near-term opportunity with QLVE.

“In Brazil, markets have priced in an interest-rate cut by the central bank on Wednesday as growth stalls. The real is the second-worst performing emerging-market currency since the end of July when the bank reduced rates by a half-point. Investors are also awaiting inflation data on Wednesday and industrial production on Friday,” according to Bloomberg.