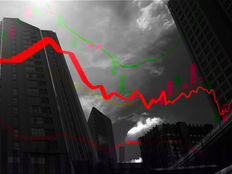 Is Election Bringing Bearishness to the Dollar?

If you’re trading strategy involves following the herd, then it might be best to be a bear when it comes to the U.S. dollar. Following this week’s contentious U.S. presidential debate, it seems that bearishness is flooding the trade winds for the greenback.

“Bearish bets on the US dollar have increased sharply since the beginning of this year,” a South China Morning post article said. “As the dollar index, a measure of the greenback against a basket of its peers, plunged more than 10 per cent between late March and the end of August, short positions against the currency rose to their highest level since the end of 2017, data from Bloomberg shows.”

“Some of the arguments in favour of a weaker dollar remain compelling,” the article added. “The most persuasive one is the unprecedented measures taken by the Federal Reserve in response to the damage wrought by Covid-19. By slashing interest rates to zero, expanding its balance sheet dramatically and setting up a range of credit facilities to shore up the financial system, the Fed has stripped the dollar of most of its yield advantage over its peers and fuelled concerns about currency debasement.”

Investors who want to take a contrarian view on a weakening U.S. dollar can look at greenback strength via the Invesco DB US Dollar Bullish (UUP B). UUP tracks the price movement of the U.S. dollar against a basket of currencies, including the euro, Japanese yen, British pound, Canadian dollar, Swedish krona, and Swiss franc.

Be a Bear with Gold ETFs

An alternate way to play a weaker dollar is via gold, which typically moves opposite of the U.S. dollar. Investors can use gold-backed funds via the SPDR Gold Shares (GLD A-).

Another fund to consider is the Global X Gold Explorers ETF (GOEX C). The fund seeks to provide investment results that correspond generally to the price and yield performance of the Solactive Global Gold Explorers & Developers Total Return Index, which is a free float-adjusted, liquidity-tested and market capitalization-weighted index that is designed to measure broad-based equity market performance of global companies involved in gold exploration.