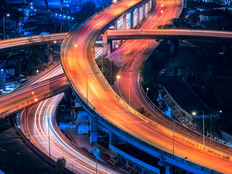 Some analysts believe that for domestic infrastructure issues to be properly addressed and for related investments to reach full potential, governments may need to shift how they frame the debate.

“Any government plan for renewing and advancing essential US infrastructure requires a new paradigm to adequately address the infrastructure funding deficit,” said Fitch Ratings in a recent note. “While a source of adequate and sustainable funding is a critical component, a results-oriented, objective and strategic approach to investment, along with responsible stewardship of the public purse, are paramount. Increased spending without a strategic, comprehensive approach to infrastructure investment based on national priorities will not go far in addressing the continued deterioration of critical economic assets.”

“Passage of a large-scale federal infrastructure spending bill stalled in 2019 due to a lack of consensus on a funding approach, despite bipartisan recognition of the need to address the country’s aging infrastructure,” according to Fitch. “Political disagreements partially reflect difficult budget decisions, which will need to be made in the context of a federal deficit that is projected to reach $1.0 trillion this fiscal year. Trying to tackle the issue in a presidential election year will be next to impossible.”

“Investments in infrastructure have historically led to increased economic activity and growth. The risk of putting off investment is obvious: infrastructure assets, which are essential to the US economy, will continue to deteriorate, requiring even greater financial resources down the line and making the problem even more difficult to address,” notes Fitch. “Slowing GDP growth will compound this risk, making increased investment less feasible. The irony is that the ability to invest is strongest when the economy is robust.”