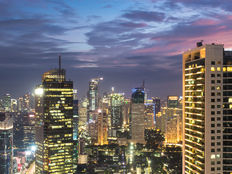 That index is comprised of stocks with high cash distribution characteristics and is comprised of the companies with the best-combined rank of dividend payments and net stock buybacks, which are the key components of shareholder yield. EYLD is part of a broader suite of shareholder yield ETFs offered by Cambria, which also includes the Cambria Shareholder Yield ETF (SYLD B) and the Cambria Foreign Shareholder Yield ETF (FYLD A-).

“Of course, to be objective, it’s important to remember that a Morningstar Rating reflects past returns,” according to Cambria. “It’s not designed to predict performance going forward. In that way, it’s more of a report card than a crystal ball. However, the rating system might be a helpful tool for identifying potential investments.”

The shareholder yield strategy incorporates buybacks as a supplement and also includes a focus on dividends. Cambria also has a screen for dividends but believes that combining good dividend yields with good buyback yields to complement the broader “shareholder yield” objective.

EYLD features exposure to more than a dozen countries with its largest geographic allocation being Taiwan at 20.3%. China and South Africa combine for 28.5% of the fund’s weight. Each of the 11 GICS sectors are represented in EYLD with materials and tech stocks combining for 36.6% of the fund’s roster.

EYLD’s five-star Morningstar, while impressive on its own, may be more a result of Cambria’s broader lineup of solid ETFs.

“Additionally, we believe it might be helpful to view the Morningstar Rating system as a way to see the forest rather than the trees – meaning, we believe the ratings might be less about analyzing the performance of any one, given fund, and more so about identifying the handful of stand-out ETF shops that have created multiple funds that have outperformed their peers,” according to Cambria.