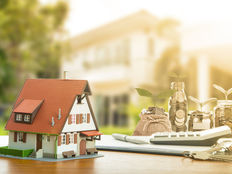 The coronavirus is spurring a safe haven move to bonds, thus driving yields down even further, but this is all good news to home buyers and especially current homeowners who want to refinance their homes. With rates low, a rise in mortgage applications rose 1.1% compared with the previous week, according to the Mortgage Bankers Association’s seasonally adjusted index.

For home purchases, the average contract interest rate for a common 30-year fixed-rate mortgage with conforming loan conditions of a $510,400 balance or less increased to 3.72%. Points, the amount of money charged to originate a loan, was unchanged at 0.28 for loans that include a 20% down payment.

“The mortgage market continues to be active in early 2020, as applications increased for the third straight week. Rates also rose, but still remained close to their lowest levels since October 2016,” said Joel Kan, an MBA economist. “The refinance index climbed to its highest level since June 2013, and refinance loan sizes also increased as a result of an active jumbo lending market.”

Per a CNBC report, the number of mortgage applications “fell 6% for the week but were 16% higher compared with the same week one year ago. Buyer demand surged early this year, thanks to fierce competition for a record low supply of homes for sale. Price gains have begun to accelerate, so some started their search early, hoping to get in before the busy spring market. The lack of affordable homes available, however, is clearly keeping some buyers on the sidelines. The comparison to a year ago is large, but mostly because mortgage rates were about a full percentage point higher a year ago. Sales should be even more robust now, but the tight inventory is holding them back.”

“Last month was the strongest January for purchase applications since 2009, which is perhaps a sign that mild weather brought out prospective buyers earlier than normal,” added Kan.

Current and prospective homeowners who want to take advantage of the current low rates may want to do so before rates move higher as coronavirus fears dwindle.

“Given that Chinese equities markets are already indicating the financial market psyche has shifted, it may only be a matter of time before US bond markets (which dictate mortgage rates) follow suit,” wrote Matthew Graham, chief operating officer at Mortgage News Daily. “If we assume that bond yields (aka rates) are only as low as they are because of coronavirus, any additional recovery in Chinese equities would likely coincide with upward pressure for interest rates.”