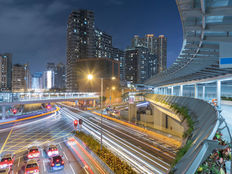 A Spiffy New Emerging Markets ETF to Consider in 2020

Virtuous investing took a major step forward this year in the world of ETFs, both in terms of the introduction of new products and adoption. Overall, about 240 new ETFs came to market in the U.S. this year and a fair amount of those had some element of virtuous investing to them.

Included in that group is the Alpha Architect Freedom 100 Emerging Markets ETF (FRDM). FRDM, which debuted in May, seeks to track the total return performance of the Life plus Liberty Freedom 100 Emerging Markets Index, a freedom-weighted diversified emerging markets equity strategy. The strategy uses human and economic freedom metrics as primary factors in the investment selection process.

“One of the most noteworthy results of the ETF’s weighting system is that China, Russia and Saudi Arabia aren’t included, particularly as a result of their reported human rights violations. This is despite Chinese markets being up 12% year to date and indexer MSCI increasing its China weighting twice this year,” reports CNBC.

So far, FRDM is showing freedom is a legitimate investment thesis in emerging markets. The fund is up 12.2% year-to-date, which is about 400 basis points behind the MSCI Emerging Markets Index, but that benchmark had an almost five-month head start on FRDM this year.

Over the long haul, investors can benefit from investing in emerging markets that have higher levels of freedom and civil liberties.

“We do expect that freer markets do perform more sustainably, they recover faster from drawdowns and they use their human or economic capital, or capital-labor more efficiently,” said FRDM found Perth Tolle in an interview with CNBC. “So we do expect outperformance in the long run, but that cannot be measured in days, it has to be measured in decades.”

Additionally, FRDM is significantly underweight China relative to traditional emerging markets strategies due in part to that country’s spotty record on human rights, but the fund does have some leverage to the Chinese growth story.

“We are highly invested in Taiwan, South Korea, and Chile. Those are all huge traders with China, and they all have investments or factories that function there,” said Tolle to CNBC. “So we don’t penalize them for that. They ultimately answer to [their own rules and laws].”