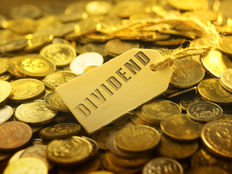 This Dividend ETF May Standout This Month

In some sectors, dividends are under duress and experts widely expect payout growth will be minimal, or even negative, this year. Those scenarios mean investors should place added emphasis on strategies that emphasize dividend quality and sustainability, such as the FlexShares Quality Dividend Index Fund (QDF A).

QDF’s methodology goes beyond prosaic measures, such as dividend increase streaks. In fact, it can be argued that the FlexShares fund is far more stringent when it comes to sourcing reliable dividend growth. QDF has a five-star rating at CFRA Research.

“Many ETFs, such as our five-star rated and CFRA Focus ETF for March FlexShares Quality Dividend Index ETF have the same ratings in April as they did in March, while a minority moved up or down one notch,” said CFRA Director of ETF & Mutual Fund Research Todd Rosenbluth in a recent note. “However, there are still other ETFs that have much higher or lower ratings. In addition to the machine-learning techniques described above, such changes can occur due to shifting fundamentals of the holdings or the fund’s relative record.”

The $1.24 billion QDF allocates 26.60% of its weight to technology stocks, one of the largest such weights to that sector among all dividend ETF. Nearly 10% of the fund’s weight is allocated to Apple (AAPL) and Microsoft (MSFT).

“CFRA continues to have Buy recommendations on many of the fund’s top positions, including Apple and Microsoft,” said Rosenbluth.

QDF’s underlying benchmark targets management efficiency or quantitative evaluation of a firm’s deployment of capital and its financing decisions. By using a management efficiency screen, the index can screen out firms that aggressively pursue capital expenditures and additional financing, which typically lose flexibility in both advantageous and challenging partitions of the market cycle.

“Rather we find signals that have improved accuracy the best in both up and down markets and avoid signals that only work in one type of market environment. CFRA ETF five-star ratings are given to those ETFs that we forecast have a high probability of outperformance of a broader asset category over the next nine months, while one-star rated funds have a low probability of outperformance and should likely underperform,” adds Rosenbluth.