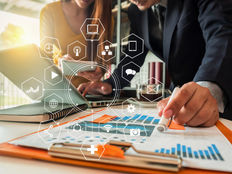 This Real Asset ETF May be a Real Win For Investors

Investors looking for broad-based exposure to real assets, such as energy, infrastructure, and real estate, can check all of those boxes and then some with the FlexShares Real Asset Allocation Index Fund (ASET ).

ASET “seeks to provide investors with a core real asset allocation that helps address their inflation-hedging, diversification, and income needs. Designed to serve as a real assets allocation solution, the strategy applies a proprietary optimization to the three underlying funds in an effort to minimize the volatility of returns and lower risk in the fund,” according to FlexShares.

A significant benefit of ASET is real assets’ low correlations to other investments.

“Individual real asset categories have also shown low correlations with each other — consequently, investors may be able to diversify further by investing in more than one real asset class,” notes FlexShares. “As highlighted in the chart below, the correlations of real estate with infrastructure and natural resources are 0.85 and 0.69, respectively. The return streams of two assets having a correlation of 1.00 would be perfectly correlated.”

What’s Next For ASET

Amid geopolitical controversy in the Middle East, ASET’s GUNR exposure could benefit investors, too. Iran promised retaliatory action in response to the death of Major-General Qassem Soleimani, architect of Iran’s spreading military influence in the Middle East. Tehran’s response could stall waterborne shipments from the Persian Gulf, including from Saudi Arabia, the Wall Street Journal reports. The pressure would affect roughly a third of the world’s shipped oil that goes through the Strait of Hormuz where tankers have been previously attacked and seized.

“Northern Trust research has shown that both income return and capital appreciation represent a meaningful amount of the historical total returns generated by real assets,” according to FlexShares. “Historically, many of these hard assets tend to increase in value over time, as replacement costs may rise and operational efficiencies can be achieved.”