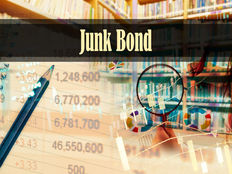 Time May be Right For This Junk Bond ETF

Something interesting is happening in the high-yield corporate bond market and that scenario could underscore the utility of ETFs such as the IQ S&P High Yield Low Volatility Bond ETF (HYLV).

Junk bonds are soaring this year and they are outperforming those with CCC ratings, the most speculative ratings, by significant margins.

HYLV tracks the S&P U.S. High Yield Low Volatility Corporate Bond Index. That index “is designed to measure the performance of U.S. high yield corporate bonds with potentially low volatility. The index is comprised of bonds from the S&P U.S. High Yield Corporate Bond Index and is a modified market value weighted index with a 3% cap on any single issuer,” according to S&P Dow Jones.

The gap between higher-rated junk debt and those bonds in the CCC space implies investors are worried about defaults among lower rung companies and are avoiding lending money to those firms. HYLV eschews those companies altogether as it has no CCC exposure. Bonds with the three BB ratings combine for 83% of HYLV’s weight.

“That is the widest performance gap on record, says Marty Fridson, chief investment officer of Lehmann Livian Fridson Advisors LLC,” according to Barron’s. “Since 1989, there has only been one other year—1996—when the junk-bond market posted strong returns and the lowest-rated bonds underperformed, he writes in an Oct. 8 note.”

Related: The Time is Now to Get Active with Fixed Income

Volatility rankings have acted as an early indicator of rating changes. After reviewing rating changes from B to BB and vice versa over a period from the 4th quarter of 1996 through the 2nd quarter of 2019, it was shown that a bond’s volatility ranking generally started to improve 25–30 months before the rating upgrade happened. Low-volatility bonds have also historically exhibited less credit risk than high volatility bonds.