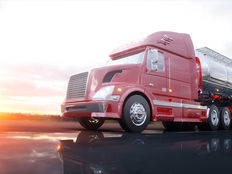 Coming off an impressive 2019 showing, the FlexShares STOXX Global Broad Infrastructure Index Fund (NFRA B+) could be front and center this year as election year chatter swirls around infrastructure.

The U.S. Department of Transportation is already showing that infrastructure is going to be a major priority in 2020.

This year, NFRA could benefit from significant infrastructure enhancements in large metropolitan areas across the U.S. Those regions “include major metropolitan centers such as Boston, New York, Atlanta, Chicago, the Twin Cities, Houston, and Los Angeles,” according to Transport Topics.

Related: This Real Asset ETF Could be a Real Win For Investors

There are also significant rural infrastructure needs, which as addressed, could give a boost to NFRA.

“Rural roads make up 70% of America’s road miles, according to DOT. Maintaining these roadways can be a challenge for rural communities that have thin financial resources. Although geographically sprawling, rural communities generally have low population densities, meaning fewer people to support investment,” notes Transport Topics.