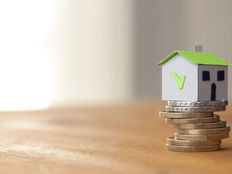 Typically, mortgage-backed securities (MBS) are viewed as conservative investments, but they do have their bouts with drama as highlighted by an epic, unexpected tumble in March. MBS and the related ETFs subsequently rebounded so it could be a good time to take a look at the FlexShares Disciplined Duration MBS Index Fund (MBSD ).

MBSD “seeks investment results that correspond generally to the price and yield performance, before fees and expenses, of the ICE BofAML®, Constrained Duration US Mortgage-Backed Securities Index,” according to FlexShares.

This year, MBSD’s approach is working at its beating the rival iShares MBS ETF (MBB A) by more than 20 basis points.

MBS are created when an entity acquires a bundle of mortgages and then sells the securities. Most MBS are seen as “pass-through” security where the principal and interest payments are passed through the issuer to the investor.

While MBS may offer modestly higher yields relative to U.S. Treasuries, the mortgage-backed bonds are exposed to prepayment risk – if rates dip before the security’s maturity, a homeowner can refinance debt, causing an investor to get back the principal early and reinvest it in a security with a lower yield. MBSD has a 30-day SEC yield of 2.27%.

The FlexShares fund holds nearly 530 securities and has an effective duration of 2.66 years, putting it on the lower end of the duration spectrum. MBSD’s weighted average yield to maturity is 1.43%, according to FlexShares data.

There are some particularly specific risks associated with the asset class. For instance, borrowers can prepay mortgages, which poses a large risk in a falling rate environment since borrowers would typically refinance their mortgages at cheaper rates. Consequently, mortgage-backed securities investors would get their principal back before maturity and have to reinvest at the lower rates.