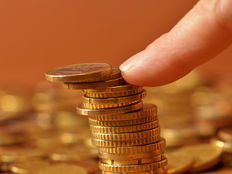 There’s no way around it, CNBC’s Bob Pisani opens this week’s ETF Edge with news that the ETF market is delivering head-spinning market gyrations. There have been significant drops interspersed with big rallies throughout the past week.

Helping go over these volatile shifts, ETF Trends CEO Tom Lydon and Andrew McOrmond of WallachBeth were on hand to dig in. As noted last week, Lydon notes how the ETF structure is holding, despite the various forms of push and pull being witnessed.

“In general, the amount of volume going through ETFs is absolutely incredible. They’re getting tested in a big way, and I think they’re getting high marks.” Lydon states.

Switching topics to flows, Pisani describes the figures as “Titanic.” Record flows in bond funds arrived across the board. There have been record inflows for market funds and government bonds, as well as record outflows for investment-grade and high-yield bonds.

The Value Of Bond Pricing

McOrmond chimes in here to explain how the stale pricing of the actual bond doesn’t reflect the depth of liquidity at that bond level. Market makers weren’t actually able to hedge. However, risk was available, but it became a matter of how much risk premium people were willing to pay.

“You have to give market makers a little credit for still willing to stand in there under these unprecedented times and make a market,” McOrmond states. “They are just simply pricing in the premium that transfers the risk from one client onto their books.”

Lydon jumps in again to note one more thing. 90% of ETF trades are natural trades from a buy and a seller. Underlying pricing for bonds makes a huge difference as well, and with these mutual funds, they use pricing services that may be completely out of control. What it really comes down to is what people will pay, and in this case, it’s ETF pricing is right.