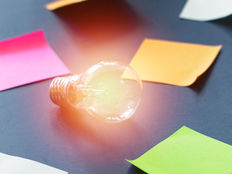 Few investment factors are currently drawing controversy and debate on par with value. Long story short, some market observers are saying value investing is dead. Of course, the style has its supporters that claim otherwise, but a fresher approach to value investing is probably needed in this day and age.

“Critics point to the worst recession since the Great Depression as the final nail in more than a decade of value underperformance relative to a strategy of buying stocks that tend to grow faster than the market norm,” according to Bloomberg. “Banks and oil drillers that make up value portfolios look permanently screwed — while a winner-takes-all economy dominated by Big Tech means a growth stock like Facebook Inc. can get pricier still.”

The good news with PVAL; the fund devotes just over 14% of its combined weight to moribund energy and financial services stocks.

Value investing is a popular long-term investment strategy. Value stocks have historically outperformed growth stocks, or companies with high earnings expectations, in almost every market over the long-haul, but that trend reversed in a big way during the 2010s decade.

“Value loyalists cite decades of rigorous academic research, with extreme valuation gaps boosting their confidence that a comeback is nigh,” reports Bloomberg. “Consider last week when value posted its biggest two-day jump since at least 2002, or amid Wednesday trading as a rush of optimism buoys the factor. Yet even within this community of believers, there’s deep controversy on how to find the premium and whether to time the market.”

Adding to the case for PVAL is that many of its holdings aren’t large- or mega-cap stocks, which is to say some value supporters believe the factor is potentially more relevant with small and mid caps (the bulk of PVAL’s lineup) than with larger equities.

In fact, studies confirm value outperforms with smaller stocks, which is relevant to PVAL because the average market value of the fund’s 259 holdings is $10.7 billion, essentially making it a mid-cap fund.