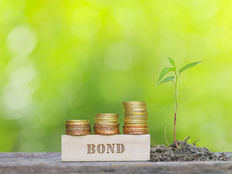 Things are perking up in the green bond market and that should be of assistance to the VanEck Vectors Green Bond ETF (GRNB), the first exchange traded fund dedicated to this asset class.

Green bonds are debt securities issued to finance projects that promote climate change mitigation or an adaptation or other environmental sustainability purposes. The new breed of green bonds gained momentum in the global market ever since the European Investment Bank issued the first green bond in 2007. True to that heritage, green bonds are perking up in Europe.

Investors asked and now they are receiving—it seemed the demand for environmental, social and governance (ESG) fixed income was only getting stronger as the space began to gain steam, and now, green bonds are beginning to sprout everywhere.

Investors, including institutions, are clamoring for green bonds, a surefire sign that the space is growing and could continue to do so as more investors demand green initiatives in their investments. Private industries are also joining the fray, offering their own green bond issues that address investors’ needs for environmentally friendly initiatives.

“Today, only activity-based green bonds have made it to trillion-dollar scale—a noticeable, not negligible benchmark. But when you add activity-based and behavior-based bonds, we’ve already passed $2 trillion of sustainable debt,” according to Bloomberg.

GRNB features a mix of corporate and sovereign debt and plenty of ex-US diversification, all of which are points to consider in the current environment.