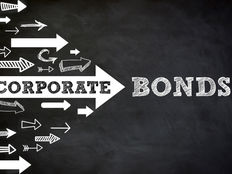 After enduring some strife earlier this year, the investment-grade corporate bond market is showing signs of firming up and that could be to the benefit of ETFs, such as the Principal Investment Grade Corporate Active ETF (IG).

Newly rated loans, though not always included in IG, are sporting better quality in June than they did in May, potentially providing ballast to corporate bond funds.

IG is an actively managed fund, a potentially beneficial trait at a time when demographic shifts could disrupt traditional corporate bond investing.

“The Fund strives to outperform its benchmark, the Bloomberg Barclays U.S. Corporate Investment Grade Bond Index, over a full market cycle. The Fund seeks to provide current income and, as a secondary objective, capital appreciation by investing in primarily investment-grade corporate bonds,” according to Principal.

IG tries to provide current income and capital appreciation by investing in investment-grade corporate bonds rated BBB- or higher by S&P Global Ratings or Baa3 or higher by Moody’s Investors Service. The aging U.S. population could affect corporate bonds over the coming decade.

“The year-over-year percent change for the supply of newly rated loans graded Baa or lower radically switched direction from the 16.8% advance of January-February 2020 to the 60.1% contraction of March-May 2020. June 2020’s supply of such loans was off by a shallower 5.3% from a year earlier,” according to Moody’s.