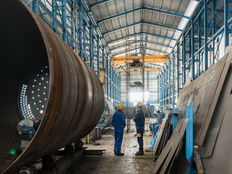 The VanEck Vectors Video Gaming and eSports ETF (ESPO) is on fire as video game sales surge owing, in part, to the coronavirus pandemic, but this ETF has an array of longer-ranging tailwinds at its back.

Video game sales are soaring and those statistics are undoubtedly enticing, but investors shouldn’t forget about the esports part of the ESPO equation.

“News of sold-out stadiums, multi-million dollar franchise fees for professional teams and big-brand sponsorship deals have driven the esports mania narrative. However, comparing esports revenues to the broader video game industry can help keep things in perspective,” said VanEck Product John Patrick Lee in a recent note. “According to Newzoo, out of the $159 billion in revenue that the global video gaming industry is expected to generate in 2020, roughly $1.1 billion will be generated by esports. In other words, the global video gaming industry should generate around 144 times the revenue of the global esports industry in 2020.”

Esports is proving to be a growing trend, not a fly by night fad and the coronavirus pandemic is highlighting the utility and viability of the ESPO investment thesis.

Adding to the case for ESPO are the increasing synergies between esports leagues and software publishers.

“Publishers own the rights to the games played in competition, as well as the broadcasting rights, which are sold to media and communication services companies (like Twitch and Facebook),” writes Lee. “According to Goldman Sachs, media rights are expected to grow from representing around 20% of all esports revenues to 40% by 2022. This means that, after factoring in other revenue sources like sponsorship and game publisher fees, video game publishers are in a position to potentially own the majority of revenues coming from esports.”

Esport is making audiences aware of the increased amount of video game engagement across various gaming platforms, streaming services, and now eSports. Esports is particularly notable given how traditional sports have all been canceled. As a result, many athletes, as well as consumers, have transferred over to esports.