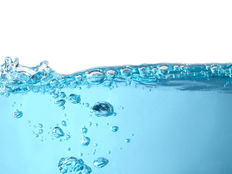 With so much emphasis on clean energy and traditional utilities assets, water investing may be getting lost in the shuffle, but that doesn’t diminish a compelling opportunity set with exchange traded funds, such as the First Trust ISE Water ETF (FIW A).

The $544.35 million FIW is more than 13 years old and tracks the ISE Clean Edge Water Index. Water investing is a good way to play a long-term trend as the world still needs to find sustainable sources of potable fresh water, especially with the specter of climate change.

“The global water market is attractive for two main reasons: reliability and opportunity,” according to Nasdaq Global Indexes. “Due to its essential nature, the demand for water remains consistent despite fluctuations in the economy. But the availability of freshwater is increasingly in question, due to the triple threat of population growth, climate change (with increasing droughts and other impacts from changes in global weather patterns), and water resource contamination from industrial processes.”

A rebound in the broader industrial sector, one of the worst-performing groups in the S&P 500 this year, could help water stocks.

The World Energy Council estimates that total power demand for water is expected to rise 100 billion cubic meters by 2050. For instance, Asia faces challenges to water supply for power generation to meet growing population and associated power requirements. China alone is projected to see water demand rise 15% in the next 40 years.

“Total per capita water use in the U.S. is around 1,100 gallons per day, though only about 80 to 100 gallons of that is used at home,” according to Nasdaq Global Indexes. “Withdrawals for agriculture and thermoelectric power production make up a larger part of overall consumption. Many industries also rely on large volumes of water, including materials, textiles, automotive, and construction.”