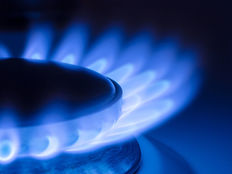 This Natural Gas ETF May Be Worth Firing Up

Until oil’s recent slide, energy was the best-performing group in the S&P 500 this year. The First Trust Natural Gas ETF (FCG C+) has been participating in that trend.

Although FCG, which is a basket of natural gas exploration and production companies, is higher by almost 63% year-to-date, it shed more than 10% for the month ending July 22. While that may sound ominous, but at least one analyst sees opportunity among some of the exchange traded fund’s holdings.

“There’s a debate going on now about whether natural gas is a ‘bridge fuel’ that can help pave the way for the U.S. to reduce carbon emissions, or whether it should be quickly phased out in favor of renewables,” according to Barron’s. “If natural gas is considered a key part of electricity generation for decades into the future, producers could be in for years of growth. But more-aggressive climate policies could mean gas gets phased out much sooner.”

Hope Is Not Lost for FCG

While the most ardent supporters of clean energy would like to eradicate all fossil fuels, there’s still a case for FCG, which tracks the ISE-Revere Natural Gas Index, and its components.

Domestic natural gas supplies are abundant, making it cost-efficient for electric utilities to use the fuel that also burns cleaner than coal. Additionally, there’s a robust export market for liquefied natural gas (LNG), paving the way for the U.S. to regain its status as net energy exporter.

“Gerdes believes there’s opportunity in the stocks now. He expects that natural gas prices will end up settling higher than the stock prices currently imply, with an equilibrium price around $2.80 or $2.90 over the next couple of years,” reports Barron’s.

The MKM analyst is bullish on several natural gas producers, including, in alphabetical order, Antero Resources (AR), EQT Corporation (EQT), and Southwestern Energy Company (SWN). Those stocks combine for about 10% of FCG’s roster, according to issuer data.

Several other FCG components not mentioned in the Barron’s article sport improving balance sheets and cash flow and are among the higher-quality names in the energy patch. Those include Devon Energy (DVN) and EOG Resources (EOG). That duo combines for 8.61% of FCG’s weight.