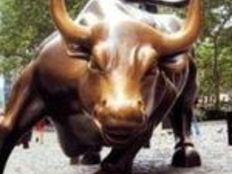 By a vote of 3 to 1, the Securities and Exchange Commission has moved to propose a new set of regulations that would limit the use of derivatives by ETFs.

The use of derivatives among leveraged and inverse ETFs to deliver amplified exposure has regulators worried in light of the central role that these thinly regulated securities played in contributing to the 2008 financial crisis.

In the words of SEC Chair Mary Jo White, the latest proposal is “designed to modernize the regulation of funds’ use of derivatives and safeguard both investors and our financial system”; she went onto add that, “Derivatives can raise risks for a fund, including risks related to leverage, so it is important to require funds to monitor and manage derivatives-related risks and to provide limits on their use.”

The SEC proposal has been approved to enter a 90-day public comment phase as of December 11 before a final decision is made.

What the New SEC Proposal Means for Leveraged ETFs

What exactly does the latest SEC proposal entail? The devil is in the details as they say, so let’s recap the key points. Read the full release here.

Under the proposed rule, a fund would have to abide by one of two alternative portfolio regulations:

Additionally, the rule calls for Asset Segregation for Derivatives Transactions, which means a fund would be required to manage the risks associated with derivatives by segregating its cash and cash equivalents to two amounts:

Lastly, the issuers of funds that engage in regular derivatives transactions would be required to establish a formalized derivatives risk management program, including a designated risk manager.

The Issuer Side of the Story

While leveraged and inverse products may account for a measly 2% of assets in U.S.-listed ETFs, this breed of product has been among the fastest-growing product segments within the broader exchange-traded market. If approved, the new SEC rules would likely cripple a number of ETF issuers dedicated to these types of products, namely ProShares and Direxion. More specifically, this proposal is aimed at “tightening the reins” around ETFs that go beyond 1x exposure; that is to say, the funds that are at greatest risk from a regulatory perspective are 2x and 3x products along with their inverse counterparts.

Spokespeople from ProShares and Direxion have noted they will continue to monitor the situation and review the proposed SEC regulations closely before making any changes to their product lineup. ProShares issued a statement regarding these SEC regulations.

For a look at which ETFs may be impacted by the proposal, consider the following:

The latest SEC proposal aimed at the ETF industry is a bold one, and it could have a major impact. However, it’s just a proposal at this time, and proposed rules frequently change significantly before adoption, or are never adopted at all. Even if this rule is adopted, it will only impact some leveraged and inverse ETFs after it has been implemented, which in all likelihood could take a while.