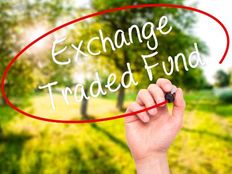 As with many of the other recent ETF launches, this week saw more smart-beta funds hitting the tape. Investors have been clamoring for all sorts of new ways to outperform “average” in recent years, and ETF issuers have been more than happy to give it to them. This week saw launches from emerging ETF giant First Trust, two new funds from benefits and retirement specialist Principal, and small issuer Victory.

The new launches highlighted the continued rush into variations of traditional indexing and ran the gamut of funds looking at momentum investing, low volatility and fundamental takes on dividend/buyback investing.

All in all, issuers continue to expand the toolbox with which investors can craft winning portfolios.

FVC offers a twist to FV’s basic concept. FVC will track the Dorsey Wright Dynamic Focus Five Index, and like FV, this index will track the top five First Trust ETFs that meet price momentum and technical screens relative to other ETFs in the universe. Those screens help produce a fund of fast moving ETFs while providing a trading element to portfolios. The twist is that FVC will also hold a portion of its portfolio in T-bills/cash. The idea is that the cash portion of FVC will help dampen the volatility of the fund and help drive outperformance in sideways markets where there are no real strength winners. This concept of collateralizing positions with cash/bonds and other fixed-income securities has gained strength in recent years.

FVC may have its work cut out for it when competing versus its bigger sister FV. Dampening volatility might not be an issue for investors looking at momentum strategy in the first place. Working in FVC’s favor is its slightly lower expense ratio of 0.79%, or $79 per $10,000 invested. That slight price cut versus FV may give FVC enough of an edge to gather some decent assets.

Principal Expands Its Line up

Despite being one of the largest retirement and mutual fund managers in the United States, Principal’s ETF offerings have been pretty small, with just one actively managed launch to its name. Last week, Principal expanded its line up with two new smart-beta funds: the Principal Price Setters Index ETF (PSET A-) and the Principal Shareholder Yield Index ETF (PY A).

PSET will focus on stocks that have the ability to raise the prices on their products and services without losing customers. The fund launched on March 21 and will track the performance of the Nasdaq U.S. Price Setters Index. The index will comb through mid- and large-cap U.S. stocks that have sustainable pricing power. The fund will also screen for various value metrics such as sales growth and price to round out its portfolio. The concept for PSET is an interesting one and the first to focus on stocks with products and services that are “necessities” for businesses and consumers.

PY also takes a unique approach to crafting a portfolio. The new fund, launched on March 21, takes a look at the concept of shareholder yield. PY will track the Nasdaq U.S. Shareholder Yield Index and will screen for mid- and large-cap U.S. stocks that have a high sustainable shareholder yield. Shareholder yield is basically a way to quantify the amount of free cash flows that return to shareholders via dividends, buybacks and debt reduction. PY is unique as it is one of the only ETFs to focus on all three of those factors. Most funds focus on one metric, such as dividends or buybacks, but not both.

Victory Capital via its Compass line up of ETFs continues to launch products that take the volatility out of their respective market segments. On March 23, the issuer added emerging markets to that list via the new Victory CEMP Emerging Market Volatility Wtd Index ETF (CEZ ).

While CEZ’s name may be long, its mandate is actually quite simple. The ETF will track the CEMP Emerging Market 500 Volatility Weighted Index, which seeks emerging-market stocks with the lowest relative volatility. The index tracks the 500 largest EM stocks and weights them based on their daily standard deviation over the last 180 trading days compared to the aggregate mean. The idea is that those stocks that jump around less are given more weight in the index and CEZ. That should help produce a fund that won’t bounce as much as a standard emerging-market index ETF.