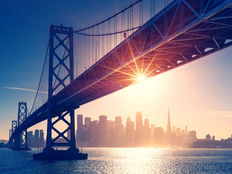 With the markets in recovery mode, the middle-capitalization category and related ETFs have been outperforming the S&P 500 as investors look to a cheap area to jump back into.

“Midcaps are the orphaned index,” Mark Fried, president of TFG Wealth Management, told the WSJ. “When we sit down with clients and look at their 401(k)s, it’s one of the areas that we see the least used, but it should be apart of it. Now is a good opportunity since that part of the market is down.”

Susan Schmidt, head of U.S. equities and portfolio manager at Aviva Investors, said that mid-caps have underperformed their larger and smaller peers for the past year and are expected to generate lower earnings growth due to the composition of the index. Specifically, mid-caps have greater exposure to industrial and financial stocks, two areas that have taken a beaten during the trade tensions and slowing global economy. However, she argued investors should still take a second look due to the cheap valuations.

“It becomes harder for companies to post the same growth rate as they get bigger,” Schmidt told the WSJ. “That’s why small-caps typically have higher earnings estimates, because we expect higher growth out of them.”

“You’re certainly getting a better risk-adjusted return in the midcap space than in large or small when you factor in both volatility as well as long-term returns,” Ryan Kelley, portfolio manager at Hennessy Funds, told the WSJ.

Have you signed up for the ETF Trends & ETF Database Virtual Summit on Wednesday, April 17? It’s complimentary for financial advisors (earn up to 5 CE Credits)! Register now to learn about alternative and thematic tools to better diversify client portfolios.