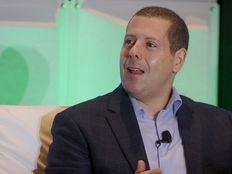 In the Know: Trends in ETF Industry & Efficient Trading

The number of exchange-traded funds (ETF) continue to grow at a rapid pace. Currently, there are over 2,200 ETFs in the marketplace with year-to-date inflows of over $70 billion.

Douglas Yones, Head of Exchange Traded Products at the New York Stock Exchange, is a firsthand witness to the ever-changing ETF market and is keen on where the space is heading in 2019 as well as beyond.

He divulged his thoughts in the latest “In The Know” update below:

The final quarter of 2018 was a low point for U.S. equities–the Dow Jones Industrial Average fell 5.6 percent, while the S&P 500 was down 6.2 percent and the Nasdaq Composite declined 4 percent–as volatility rained down on the capital markets. However, this drove volume for ETFs as investor were quick to get in and out of the marketplace.

That volume peaked on Christmas Eve as the markets hit a low point–on a day when volume is typically sedate.

“If we have significant volatility, which we saw in December, that it all works properly so that no one starts questioning things,” said Yones. “And to give you a feel for how much volume came through, on Christmas Eve of last year, so typically a day in the exchanges that are usually our low point of the year, Christmas Eve was the highest volume we did on the floor in the history of the floor.”

“Historically up until 2018, ETFs weren’t even traded on the floor, they were always done electronically. On Christmas Eve, we traded something like 53 million shares of ETFs on the floor of the New York Stock Exchange,” Yones added.

As investors were flocking from U.S. equities into safe-havens like bonds, fixed-income ETFs were the beneficiary of this migration. Whether it was short duration, municipal, broad exposure, or other areas of the bond market, capital inflows were continuing.

“We saw tremendous volume in a lot of these fixed income ETFs,” said Yones. “1,000%, 1,200% of daily volume were going through these ETFs without even creation redemptions in some cases.”

More importantly, volume into these fixed-income ETFs didn’t negatively affect liquidity–a notion floating around the capital markets that ETFs would harm liquidity during heavy buying and selling during a sharp downturn.

Working Behind the Scenes

When markets are experiencing heavy doses of buying and selling, it’s the exchange that helps ensure transactions take place efficiently. It’s this “behind the scenes” activity that keeps the ETF marketplace running smoothly via accurate pricing methodologies.

“What we did was we changed the way ETFs price at the end of the day,” said Yones. “So, for 25 and a half, 26 years, the way it worked was, whatever the last trade was, that was the price of your ETF.”

With ETFs growing at a rampant pace, innovation has been a byproduct and companies are finding new ways to accommodate the growth in this space. However, this accelerated growth means that more regulation may be necessary to maintain the ETF industry’s attribute of transparency, such as accurate pricing.

However, ensuring the accuracy presents a constant challenge, but also paves the way for innovation.

“We basically patented this technology, or patent pending, where without getting too deep in the technicals, we take the price it’s worth at the end of the day and we basically blend it with any trades in the last five minutes,” said Yones.

“So, our role is to do things in the plumbing, to be a really good electrician so your house just works perfectly, and that’s our goal,” added Yones.

Yones seems to think so and the area that will experience the most explosive growth will be in the fixed income space.

“I actually think we double the size of the ETF market and in short order,” said Yones. “There’s a handful of things that are happening. The first and foremost obviously is fixed income. It’s so underserved. There’s a whole host of fixed income index companies that have been crunching away to provide indexes that are different from market cap weighted indexes in the fixed income space.”

Whether its market protection via downside buffers or new strategies for active management, the ETF space is undergoing constant innovation with the rollout of new products.

“We’ve got balanced funds coming out, products that are holding multi-asset categories,” said Yones. “We’ve got people going deep in the energy and infrastructure, pipeline products. Places where historically I needed to go and find a hedge fund or an institutional manager and come up with five million dollars to invest in a pipeline project, now you can get in there in an ETF.”

To watch the entire latest “In the Know” show, click here.