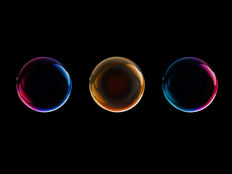 Negative Interest Rates: The Mother of all Bubbles? Or the New Normal?

When you’ve been in this business as long as we have, every now and then you come across something that makes absolutely no sense. Take Pets.com for example. Better known for its sock puppet Super Bowl ad, this tremendously money-losing .com was valued at $300 million upon its IPO in 2000, only to shut down a mere 9 months hence. Some years later we witnessed the great housing bubble, complete with so-called NINJA loans. These were home loans made to people with no job and no income (NINJA, get it?) and were foisted upon a willing public by various miscreants posing as legitimate home equity lenders, helping drive home prices skyward. We all know how that ended.

And now, a decade after the housing bust and subsequent Great Recession, we are witness to negative interest rates – over $15 trillion dollars’ worth (that’s $15,000,000,000,000.00). This is either the mother of all bubbles, or the new normal. We don’t know which. Either way, it’s bad for the world.

We think. Time will tell. At Nottingham, we have 3 CFA charter holders on staff and one soon to be Level 3 candidate (congrats Mike Skrzypczyk on passing Level 2, no small feat!). For the life of us, we can’t figure out why any rational actor would loan a sovereign government (or corporation for that matter) $1, only expecting to get paid back $0.99 five or ten years later.

Let’s look at the current 10-year German bund for instance (the equivalent of our 10-year Treasury note here in the US). This German bund was issued in July at $102.64, pays no coupon and matures in 10 years at $100. So let’s do the math. Hansel and Gretel have 10,000 euro in book royalties and want to invest that money with the German government (a solid AAA rating by the way). They take a fancy to this latest bund (remember these are storybook characters, not CFA charter holders!) and invest their money. They pay the German government 10,264 euros, which translates into a yield to maturity (YTM) of -0.26%. Over the next 10 years they will receive no interest income and at the end of the 10th year the German government will give back to them 10,000 euro.

Click here to read the full article on ETF Trends.