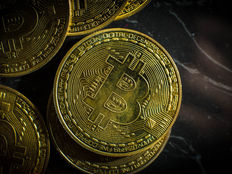 Deciphering Merits of a Bitcoin Investment

Bitcoin, the largest digital currency by market capitalization, has its share of critics and supporters. Integral to the case of expanded acceptance and use of the digital asset is conveying to investors that bitcoin has a store of value properties, whether it be by measuring intrinsic or monetary value.

The reacceleration of a lot of the debt markets in the world offering negative interest rates. With that, it could be a matter of the European central banks not knowing if they can use all of their tools. So, in a low-interest environment, they want either gold or Bitcoin.

There is an increasing global acceptance that cryptocurrencies, such as Bitcoin, are not only the future of money but increasingly the money of today. As is the case with gold, there’s also an element of scarcity associated with Bitcoin.

“Furthermore, bitcoin has ‘halvings’ programmed into it,” according to VanEck. “A halving is defined as a 50% block reward cut to bitcoin production rate, and they occur roughly every four years, with the next halving expected in May 2020. Given the scarcity induced by halvings, the price of bitcoin has historically increased following halvings.”

One of the biggest problems facing the cryptocurrency space is that, even with bitcoin’s prominence, no digital currencies can be deemed “widely accepted.” While bitcoin futures in the U.S. got off to slow starts in late 2017 and early last year, data confirm that the situation is changing.

Still, cryptocurrencies can be volatile as Bitcoin has frequently proven. In 2018, bitcoin shed almost 80% of its value. Among the issues plaguing bitcoin last year were the ongoing unwillingness of U.S. regulators to approve bitcoin-related ETFs as well as data indicating that mainstream acceptance and adoption of the digital currency are declining. Conversely, some data points indicate adoption is increasing.

“Bitcoin transactions have crossed 400,000 permission-less transactions per day, exhibiting significant network value,” according to VanEck. “When looking at off-chain adoption and the number of applications being built on Bitcoin, we see a natural evolution taking place.” 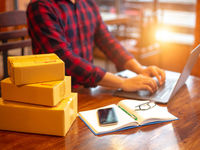 In the eCommerce world, Amazon.com (AMZN) is the 800-pound gorilla, maybe more. As such, the... 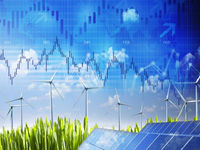 Seismic shifts pertaining to energy consumption with data confirming a renewables boom is... 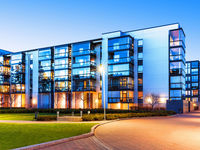 It’s difficult to play real estate right now because on one hand, it looks tempting given the low...