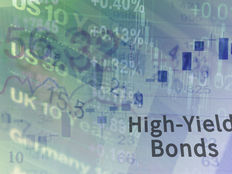 While yields on junk bonds are at record lows, speculative-grade debt and high-yield bond ETFs have seen overall maturities shrink, which have caused some to see value in this segment of the fixed-income market.

In the investment-grade corporate bond side, companies have tried to lock in low borrowing costs for as long as possible, raising the average time until their bonds mature, reports Sam Goldfarb for the Wall Street Journal.

On the other hand, speculative-grade debt isn’t expected to last as long since they can be redeemed or called before maturity. Companies are increasingly likely to follow this route to replace older bonds with new, lower-coupon debt.

Consequently, over the past two decades, average durations have been increasing for investment-grade bonds and shortening for speculative-grade bonds.

As of last Thursday, the Bloomberg Barclays U.S. high-yield index showed a yield of 5.17%, or close to the all-time low of 4.83% in June 2014. However, the average duration of the index is a little over a year shorter than it was five-and-a-half years ago.

Analysts at Bank of America Corp. argued that the gap in yields between low investment-grade bonds and upper speculative-grade debt is narrow by historical standards, but it significantly less so after adjusting for the duration.

“The takeaway for investors is that if you are looking for more spread or more yield,” it might make sense to consider the speculative-grade bonds, according to Bank of America Corp. analyst Yuri Seliger.