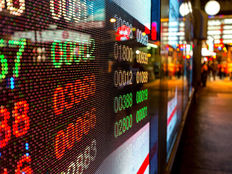 Indexing has evolved as the exchange traded fund industry matures, with a number of innovative ways for investors to utilize passive building blocks to fill out an investment portfolio.

“The rise of passive indexing and the shift, the secular shift from active to passive is something we’ve been watching for quite some time now. Oftentimes, people think we’re in the late innings of that, but I actually think we’re in the early innings of both the rise of passive, the rise of ETFs, the utilization of ETFs and other index-based products,” David Lavalle, Chief Executive Officer, Alerian, said at the Inside ETFs conference.

We have seen an explosive growth of factor-based or smart beta ETF strategies that incorporate traditionally active management styles in a passive rules-based indexing methodology, which has helped bridge the gap between traditional market cap-weighted indices and actively managed funds.

Watch David Lavalle Speak on the Shift to Passive