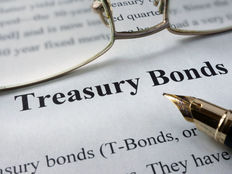 Yields fell and bond prices surged after the Federal Reserve in another emergency meeting cut interest rates to near zero and promised to bolster its bond holdings to prop up the U.S. economy in face of a coronavirus outbreak that has destabilized local economies across America.

The Fed cut benchmark rates by 100 basis points on Sunday, bringing rates basically down to zero, their lowest level since 2015, CNBC reports. Additionally, the central bank added a robust $700 billion quantitative easing program to further inject liquidity into the system.

However, some observers noted that the reception to the Fed’s extreme actions were a little tepid.

“To some extent, the rate cut and eventual return to QE were anticipated,” Ian Lyngen, BMO’s head of U.S. rates, said in a note. “For the time being there is an underlying reluctance to press longer rates lower given the experience of last week… investors prefer to hold cash and very front-end securities.”

U.S. Treasuries have also experienced a tumultuous week as long-term Treasury bond ETFs gained over 10% in one week before giving it all up, with a more than 11% drop for the week ended Friday.

“The volatility on the 20-year yield has moved like nothing I’ve ever seen in the past few weeks,” Dave Nadig, chief investment officer at ETF Flows, told the Wall Street Journal. “That implies that going out in duration is much riskier than the ‘Treasury’ moniker implies.”