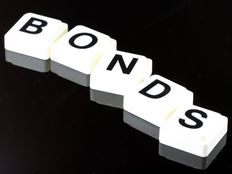 Investors are dumping everything for cash, even once safer plays like short-term bonds and related exchange traded funds are no longer as safe.

For example, the iShares 1-3 Year Treasury Bond ETF (SHY A-), which is comprised of a portfolio of Treasury bonds maturing within one to three years, dipped 0.02% on Wednesday and was down 0.08% over the past week.

Meanwhile, the Vanguard Short-Term Corporate Bond ETF (VCSH A), which tracks investment-grade corporate debt with a maturity of 1 to 5 years, declined 3.0% Wednesday and was 5.3% lower over the past week.

Short-term Treasuries are typically a safe bet in volatile conditions, but debt maturing three years or less have been weakening in recent sessions, the Wall Street Journal reports.

Many point out that high-grade, short-term corporates are being sold en masse by investors who probably want to sell other assets but can’t find anyone to buy them at optimal prices, the Wall Street Journal reports.

These short-term, high-quality debt securities typically hold up better in periods of market volatility since the short-term nature diminishes the potential exposure of default and inflation.

Some observers argued that bond mutual funds and money-market funds raising cash to fund redemptions are behind the selling. The so-called front-end bonds have higher prices and are easier to sell, compared to medium- and long-term debt. So, short-term bonds are typically the first to go for portfolio managers seeking to raise money fast while limiting losses.

“We’ve seen pretty meaningful outflows from corporate-bond funds and as people look to raise liquidity, they tend to sell from the front end,” Arvind Narayanan, co-head of investment-grade credit at Vanguard Group, told the WSJ.

For example, VCSH experienced $1.1 billion in net outflows over the past week, according to XTF data.

Investors yanked a record $10.8 billion out of investment-grade corporate bond funds Friday, and money-market funds are also dumping bonds to prep for redemptions, according to Bank of America Corp.

With These 2 Leveraged ETFs, Get Bullish on Bonds

Both ESG and Dividends Possible With SNPD