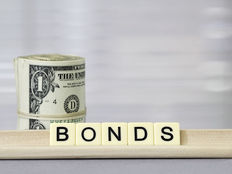 An ETF that tracks munis, the PIMCO Intermediate Municipal Bond Active (MUNI B-), climbed 1.1% higher before falling back some after the Fed released news that Friday that it would broaden its asset purchase program to encompass short-term municipal bonds.

Other muni bonds ETFs like iShares National Muni Bond ETF (MUB A+), which seeks to track the investment results of an index composed of investment-grade U.S. municipal bonds have had a tough time lately. The fund has been thrashed recently, down 13% in the last two weeks.

While the Fed has concentrated its efforts mainly on Treasurys and mortgage-backed securities purchases in an attempt to balance credit markets, maintain liquidity, and contain the economic fallout occurring due to the coronavirus, their focus has now extended to munis as well.

Ongoing disturbances in the markets for state and local government debt, with governments now overwhelmed as stores as business are shut down and regulated, compelled the Fed to make moves to combat coronavirus effects. The market for munis this week has tanked, with few willing to step in and buy the government debt in the uncertainty of the current climate.
The municipal market sold off by at least half a pe

rcentage point across the curve and Lipper reported more than $12 billion of outflows, the result of substantially more sellers amid a COVID-19 virus panic.

Thomson Reuters Lipper reported a massive $12.214 billion outflow from municipal bond funds, including $5.3 billion of outflows from high-yield bond funds. The $12 billion figure of outflows in one week translates to roughly 3% of annual municipal volume.

There is essentially no primary municipal market at this point say experts.

“The muni short end is caught up in a market-wide liquidity shortfall. The colossal outflows make sense why there’s so much pressure. I don’t know if that’s the biggest ever, but does that matter?” said Matt Fabian, Partner at Municipal Market Analytics. “Investors worried about a recession or depression want to convert their holdings to cash, creating uncertainty over what cash alternative securities, like VRDOs, are worth. But because this is mostly an issue about the market at large, the government’s programs to supply incremental liquidity should have a more beneficial impact on munis than normal. And if you can buy one-year high-quality paper for 4% tax free, you probably should.” 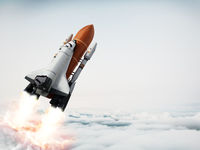 Liquid Strategies, the parent of Overlay Shares ETFs, announced their suite of ETFs has crossed...

Investors often reallocate money in between asset classes, whether to manage risk or simply to... 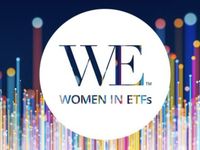 A star-studded line-up of ETF industry experts has been announced to speak at Women in ETFs’ 2021...