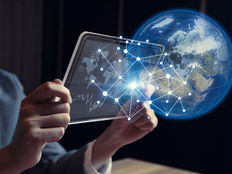 A Guide to Geopolitical Developments in the Past Week

While global markets remain in a holding pattern on several key issues, there have been several notable geopolitical developments in the last week.

Invesco chief global market strategist Kristina Hooper delved into the recent geopolitical developments, and why they matter, in an October 24 insight

U.K. Prime Minister Liz Truss resigned last week, only days after replacing the chancellor and reversing course on the proposed mini-budget. Rishi Sunak has won the vote to become the next prime minister, and it’s expected his government will have the market’s government going forward. “While there are still many unknowns, we do know that Jeremy Hunt will remain in his new role as the Chancellor of the Exchequer. Since it was the proposed budget that caused the extreme reaction from markets, I’m optimistic that, with Sunak having also served as Chancellor of the Exchequer and with Hunt, who has served in several different cabinet positions, in the Cabinet, the new prime minister should be able to avoid surprising markets going forward,” Hooper wrote.

Italy’s new Prime Minister Giorgia Meloni has taken office, providing some reassurance in the process. In recent days, Meloni met with France’s President Emmanuel Macron, who shares her interest in encouraging Germany to be supportive of energy subsidies, Hooper wrote.

Meloni seems to have backed away from her anti-EU stance in recent weeks. In a statement about Italy’s foreign policy last week, Meloni said, “I have and always will be clear, I intend to lead a government with a foreign policy that is clear and unequivocal. Italy is fully part of Europe and the Atlantic Alliance. Anyone who does not agree with this cornerstone will not be able to be part of the government, at the cost of not being a government. With us governing, Italy will never be the weak link of the West”

The final geopolitical development is the conclusion of China’s Communist Party Congress, which has offered some knowns and some unknowns, according to Hooper.

“China will continue to pursue its ‘China-style modernization’ with an emphasis on technology, industrialization, and advanced manufacturing. I believe this should be a positive for the Chinese economy over the longer term,” Hooper said.

China will continue with its “Shared Prosperity” vision, which also should be positive for the Chinese economy. According to Hooper, this means there will be a sharper focus on increasing low-income households’ earnings to enlarge the middle class — and enhancing households’ income from financial assets through various channels.

“There were some leadership changes in the high ranks of government. Any change brings uncertainty, but there does seem to have been an extreme reaction to the news of those changes,” Hooper wrote. “I anticipate there will be heightened volatility in the near term as investors get comfortable with these leadership changes.”