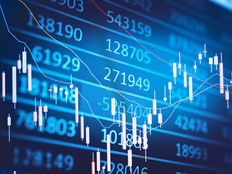 Equal weighting is old enough to vote in the U.S., but not yet old enough to purchase alcohol. The S&P 500 Equal Weight Index debuted in January of 2003, creating a novel investment strategy that transformed the index fund industry.

The market cap-weighted index approach will favor larger firms with higher market share. Equal weighting puts behemoths like Apple and Google in the same boat as small- and medium-cap firms. Vijay Vaidyanathan, the CEO of California-based Optimal Asset Management, notes that, “A major disadvantage of having a cap-weighted portfolio is that these funds become riskier because of excessive fund accumulation in the large firms.”

Market cap-weighted funds can do quite well when large firms are surging, but in the long run, markets are cyclical in nature, and any company that becomes overvalued is going to be pulled down to its market value. Equal weighting will tend to perform better in the long run because the strategy inherently accounts for this with exposure to smaller, less popular firms that are less likely to be overvalued.

At a time when retail might be surging while other sectors are underperforming, equal weighting can be a hedge against an inevitable market realignment. This is especially important heading into the holiday season, when an already en fuego retail sector could slip further into overvalued territory. Cap weighting is seeing extreme concentration, meaning that good valuations are out there and likely to be captured in an equal-weight strategy. Equal-weighted indexes and funds tend to outperform market-weighted ones in the long run.

The ETF wrapper is a natural fit for an equal-weight strategy, with funds like the Invesco S&P 500 Equal Weight ETF (RSP A-) providing investors with access to the method. RSP is up 24.07% on the year, and its five year returns are sitting out 97.82%. Morningstar has rated RSP as a five-star fund.