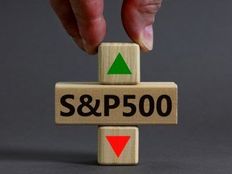 Even as the broader market rallies, the S&P 500 Equal Weight Index has continued to outperform its cap-weighted parent index by a sizable — and increasing — margin.

Equal weight’s underweight of mega-cap growth companies has been a key contributor to the index’s outperformance this year, as these companies have been particularly sensitive to rising interest rates, persistent high inflation, and a strong U.S. dollar.

The spread between the indexes’ returns has increased following disappointing Q3 earnings from big tech companies; less than a month ago, year-to-date through October 20, the S&P 500 was down 22.1% while equal weight had declined 18% during the same period.

The portfolio overlap between the two indexes, as measured by the percentage of index weights held in common, is 52% as of October 31, according to S&P Dow Jones Indices.

Equal weight strategies can provide diversification benefits and reduce concentration risk by limiting the impact that an individual security’s movements can have on the overall fund.