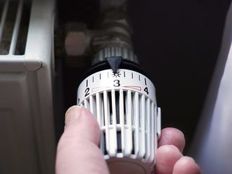 Look Into RYE as Energy Rallies

Crude oil and natural gas prices have increased on Monday, sending the Invesco S&P 500 Equal Weight Energy ETF (RYE A-) higher after a recent bout of weakness in energy markets.

Advisors still looking to overweight portfolios’ energy exposure may want to consider an equal-weight sector fund such as RYE. An equal-weight methodology can be particularly impactful in the top-heavy energy industry, where traditional cap weighting can result in significant concentration risks.

The energy sector has been the top-performing sector this year. Even with the energy sector’s weakness month-to-date, RYE has returned 48.2% year-to-date as of December 9. Prior to today’s rally, RYE had declined -12.6% in the past month, according to YCharts.

Before this month’s decline, the energy sector had seen a couple of steep drops this year, followed by rebounds. RYE decreased 9.4% in September, posting steep losses alongside the S&P 500’s decline of 9.6% on a price change basis. The sector quickly recovered and regained footing, increasing 13.2% since October 1.

Investors have continued to allocate to the fund as energy has remained a top performer, further propelled by energy companies’ solid balance sheets and positive forecasts as the likelihood of a serious recession increases. The fund has seen $165 million in year-to-date net inflows as of December 9. Since October 1, RYE has taken in $54 million, according to ETF Database.

The sector ranks first in average dividend yield, according to ETF Database, making it particularly attractive in the current environment. Equities that pay dividends are typically better positioned in inflationary and recessionary environments than the broader equity market or fixed income investments.