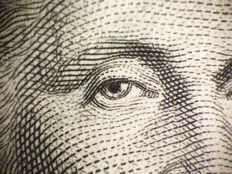 Markets that had been waiting for Biden’s announcement of his nomination for the chair of the central bank breathed a sigh of relief at Jerome Powell’s nomination for a second term, reports CNBC.

Powell is responsible for navigating the Federal Reserve and helping to direct the economy through the unprecedented COVID-19 pandemic, employing a previously unheard-of monetary stimulus to buoy the economy through the worst of the pandemic’s onset. In a time of uncertainty with the pandemic still causing rolling shutdowns and impacting the supply chain, continuity of policy provided by Powell’s continued leadership into a second term had markets responding favorably once the announcement was made.

The other top speculation for the spot was Fed Governor Lael Brainard, who progressives favored and would have most likely waited longer before enacting interest rate hikes than Powell. Brainard instead was nominated to be the vice chair of the Federal Reserve, meaning that she will collaborate closely with Powell on all monetary policy.

While the Fed has yet to give any definitive timeline for interest rate increases to combat inflation, several officials have indicated that it will not begin until after the bond-buying program has tapered completely. Markets are currently anticipating two interest rate raises next year, with the first coming in June 2022 when the taper is planned to finish.

“The president chose the status quo for monetary policy and financial regulation,” said Mark Zandi, chief economist at Moody’s Analytics. “The Fed’s going to slowly but steadily take its foot off the monetary accelerator.”

Capturing the Potential for Continued Growth With RSP

For investors looking to harness the growth and positive movement of markets while also potentially hedging against underperformance, the *Invesco S&P 500 Equal Weight ETF (RSP A-)* can be a good solution.

RSP seeks to invest at least 90% of its assets in the securities within the S&P 500 Equal Weight Index, an index comprised of all the securities within the S&P 500 but balanced evenly as to their weightings. This allows investors to gain exposure to the broad performance of the S&P 500, but because no single security is weighted heavier because of its market cap, it naturally hedges against underperformance and volatility.

By balancing the weighting across all market caps with sector weighting only being concentrated heavier because of the composition of the S&P 500 itself, the fund can capture the growth of sectors that are overperforming, such as retail, while balancing out any underperformance by other sectors. Broad investment can be a natural hedge to volatility, and RSP capitalizes on that.