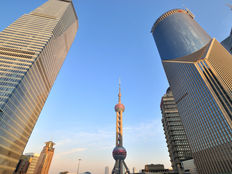 6 Vital Areas to Address for More Growth in Emerging Markets

A U.S.-China trade deal is the biggest elephant in the room when it comes to more strength in emerging markets (EM), but beyond that, the International Monetary Fund (IMF) cited six areas where the EM space can continue to grow.

The IMF delved deep into this topic in their October 2019 edition of the World Economic Outlook. By addressing six key areas, EM can “can double the speed of income convergence of the average emerging market and developing economy to the living standards of advanced economies. This could raise output levels by more than 7 percent over a six-year period.”

“Policies that change the way governments work—known as structural reforms—are difficult to measure,” wrote Romain DuvalDavide Furceri on IMFBlog. “They often involve policies or issues that are not easy to quantify, such as job protection legislation or the quality of supervision of the domestic banking system.”

“To address this, the IMF recently developed a comprehensive dataset covering structural regulations in domestic and external finance, trade, and labor and product markets,” the blog added. “The data cover a large sample of 90 advanced and developing economies during the past four decades. To the five indicators, we added the quality of governance (for example, how countries control corruption) from the World Governance Indicators.”

By incorporating the reforms, the results can be astounding.

“Based on our empirical research of reforms in 48 current and former emerging markets and 20 developing economies, we find that reforms can yield sizable payoffs,” the blog said. “But these gains take time to materialize and vary across different types of regulations. For example, a domestic finance reform of the size that took place in Egypt in 1992 leads to an increase in output of about 2 percent, on average, six years after implementation. We get a similar result for anti-corruption measures, whose effects are sizable in the short run and stabilize at around 2 percent in the medium term. In the other four reforms areas—external finance, trade, product markets, and labor markets—the gains are about 1 percent six years after the reform.”