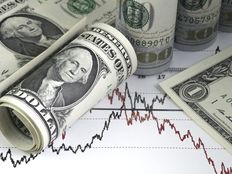 A Weakening Dollar Will Pave the Way for Emerging Markets

As the capital markets look to possible rate cuts by the Federal Reserve before year’s end, a weakening dollar could feed into emerging markets (EM) strength and pave the way for gains in the EM space.

“Aside from actually cutting U.S. interest rates, one of the most reflationary stimuli is a decline in the dollar,” said Sean Darby, global equity strategist at Jefferies, in a note. “The fact that so many dollars were borrowed by [emerging-market] sovereigns and foreign companies during the QE (quantitative easing) era meant that when Fed policy shifted to hiking rates and reducing the Fed’s balance sheet, many emerging market countries found themselves raising rates even faster during 2016-18.”

2018 saw four interest rate hikes which helped decimate the emerging markets (EM) space, but 2019 thus far has been a year of redemption and more strength could be on the way if analysts are correct in forecasting an interest rate cut before the end of the year.

With U.S. President Donald Trump leading the charge in clamoring for lower interest rates, the EM space is likely to join in on the demands. A number of economists and analysts alike don’t expect a rate cut to necessarily happen immediately, but a dovish message from Fed Chair Jerome Powell could clear the runway for a rate cut before the end of 2019.

An ETF Play for EM Strength

Whether a rate cut does come in 2019 or not, the second largest economy doesn’t seem to be suffering from any ill effects of the trade impasse with the United States as the country’s overall trade surplus was about $42 billion–double the $20.5 billion expected by economists polled by Reuters. The data comes just as the International Monetary Fund (IMF) lowered the growth expectations for China through the rest of the year.

2019 has thus far seen the reemergence of emerging markets (EM), but while investors are sifting through the plethora of opportunities the EM space has to offer, investors can play to the strength of the EM space over developed markets.