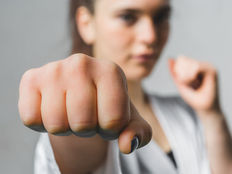 After stumbling out of the 2018, investors are seeing better results for U.S. equities in 2019, which could lead to a less defensive posture than originally anticipated. As such, investors looking for continued upside in U.S. cyclical sectors over defensive sectors, the Direxion MSCI Cyclicals Over Defensives ETF (RWCD) offers them the ability to benefit not only from cyclical sectors potentially performing well, but from their outperformance compared to defensive sectors.

At a 0.45 percent expense ratio, RWCD seeks to accomplish the following:

If a risk-on sentiment continues to permeate the capital markets via stronger economic data, this could set the state for cyclical strength.

On Monday, the Commerce Department reported that U.S. consumer spending rose by the most in over nine-and-a-half years over March while pricing pressures remained muted, with a key inflation gauge posting its smallest annual rise in 14 months, underscoring the Federal Reserve’s dovish stance on interest rates ahead.

“The record highs shows us that investors are paying attention to better-than-expected earnings, stabilizing economic data and the expectations that the Fed is going to stay on the sidelines,” Ryan Nauman, market strategist at Informa Financial Intelligence, told Reuters. “If we look deeper into earnings numbers, its not that great, but we now know that the economy is expanding and the Fed is continuing to stay on the sidelines.”

Thus far, a better-than-anticipated earnings season has also supported the rally in U.S. equities. About 160 S&P 500 companies are set to report quarterly results this week. Analysts now project profits of S&P 500 companies will dip 0.2%, compared to previous expectations of a 2% decline at the start of the month, according to Refinitiv data.

“The market was pricing in almost all of the worst-case scenarios. Now that we’re actually getting earnings, they’re not as bad as” many investors had feared, Nancy Perez, senior portfolio manager and managing director at Boston Private, told the Wall Street Journal.

Furthermore, the U.S. economy rebounded in the first quarter this year, beating analysts’ expectations of 2.5 percent growth with a 3.2 percent growth number.

“While the (first quarter) boost from net trade and state and local government spending is unlikely to be repeated in [the second quarter], the main message is that private consumption and investment are slowing down only gradually,” said Brian Coulton, chief economist at Fitch Ratings, in a statement.

Exports helped to drive growth in the first quarter as a a decline in imports and higher inventory investment offset weaker consumer spending and business investment, according to the Commerce Department on Friday.

“The upside beat was helped by net trade (exports jumped while imports contracted sharply) and inventories which combined contributed almost 170 bps of the rise,” wrote Peter Boockvar, chief investment officer at Bleakley Advisory Group. “Personal spending though, the biggest component was up just 1.2%, two tenths more than expected as an increase in spending on services and nondurable goods offset a decline in spending on durable goods.”