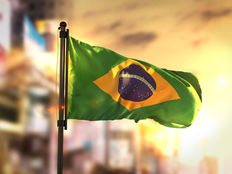 Brazilian president Jair Bolsonaro earned a big win by getting pension reforms passed through Congress in hopes that it would help reignite the country’s stagnant economy. Without the pension reform, the country’s debt levels would skyrocket—something it doesn’t need after it experienced a recession last quarter.

Despite this latest win for Bolsonaro’s administration, the work is far from done. There needs to be a tangible impact that reflects in the forthcoming economic numbers in order for the public to keep supporting pension reform.

“I am somewhat concerned about the political obstacles facing the next stage of reforms. There seems to be more opposition than there was against pension reform, and not the same urgency,” said William Jackson, chief emerging markets economist at Capital Economics.

Pension reform was a necessity given that social security swallows up a large portion of the Brazil’s GDP—8.6% and furthermore, accounts for 44% of the country’s federal budget. In addition to China, India and Russia, Brazil is one of the four largest emerging markets, so it’s performance could have a greater impact in the EM equities space relative to developed markets.

Will the economic pangs of Brazil hurt EM equities further? Investors who are sensing an opportunity here can look to the Direxion MSCI Developed Over Emerging Markets ETF (RWDE).

RWDE provides a means to not only see developed markets perform well, but a way to access a convergence/catch-up in performance of DM relative to EM, a spread that has clearly widened over the past 6 months. The fund seeks investment results, before fees and expenses, that track the MSCI EAFE IMI – Emerging Markets IMI 150/50 Return Spread Index.