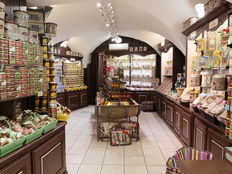 Can Consumer Staples Keep Building on Rise of 'XLP' ETF

The Consumer Staples Select SPDR (XLP) is staving off trade war news and hitting new highs, which could have consumer staples riding alongside its wave with strength in defensive equities over cyclical equities.

“Consumer Staples Select Sector SPDR Fund (NYSEARCA: XLP)’s share price reached a new 52-week high during mid-day trading on Wednesday,” a Trent Times report noted. “The stock traded as high as $62.40 and last traded at $62.27, with a volume of 90889 shares. The stock had previously closed at $62.04.”

In addition, XLP is attracting bullish interest from large investors who are boosting their existing holdings or adding the fund altogether.

From a relative ETF standpoint, there could also be an angle to be had when looking at cyclical equities over defensive equities. Strength in consumer staples can translate into further strength for defensive equities as investors look to safer havens when the markets turn awry from more negative trade war news.