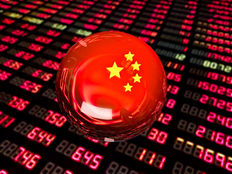 Emerging markets stocks started the week strong following the Thanksgiving holiday in the U.S. after China’s manufacturing activity came out better than expected.

According to a Reuters report, “China’s factory activity expanded at the quickest pace in almost three years in November, a private business survey showed on Monday, sparking a rally in global stocks. An index of emerging market shares rose about 0.1%, led by gains in China and Hong Kong. Chinese stocks ended higher, but pared early gains as concerns about a wider slowdown lingered.”

However, all investor eyes are still fixated on a U.S.-China trade deal, which should give EM assets a boost should a deal be finalized, particularly the “phase one” implementation. The “phase one” deal was announced in October, but both nations are still trying to iron out the finer details for an agreement.

Meanwhile, U.S. equities were slow to start the week with a drop in the Dow Jones Industrial Average by over 260 points. In terms of currencies, the dollar did hold steady against its EM counterparts.

“Assets in the developing world marked a fairly muted start to December, having ended the previous month marginally lower amid mixed Sino-U.S. trade signals and weakening economic indicators,” the report added. “Demand for riskier assets has waned as an initial trade deal between Washington and Beijing remains elusive two weeks before the next round of U.S. tariffs kick in on Chinese imports. A basket of emerging market currencies was trading slightly lower against a firmer dollar on Monday.”