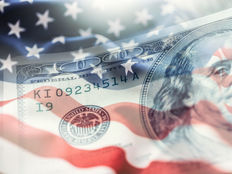 The central bank has been showing its more dovish side so far this year, which pivots from 2018’s rate-hiking bonanza, with possible rate cuts to come before the end of 2019.

Additionally, fixed income investors are facing other challenges like inverted yield curves and signs of slowing global growth, which means that getting strategic is a must in the bond market.

The Fed didn’t give capital markets the rate cut they might have been expecting last month, but the major indexes responded positively because they left the door open for reductions in the federal funds rate by year’s end. Federal Reserve Chairman Jerome Powell said that the central bank would adjust interest rate policy as necessary or whatever the economy dictates is best through 2019.

U.S. President Donald Trump plans on sending the names of Christopher Waller and Judy Shelton to the Senate as potential Federal Reserve governor appointees. Both would share in President Trump’s philosophy of the central bank doing what it can to help spur growth of the economy, including lower interest rates when necessary.

“For the president, these are people who would support his position,” said Gus Faucher, chief economist at PNC. “The president has the right to appoint people to the Fed who support his view on monetary policy. That being said, this is one area in particular where the Senate has rebuffed the president for various reasons.”

The fund’s long positions include holdings that helped the S&P 500 and Nasdaq Composite reach highs like Apple and Microsoft, which just hit $1 trillion in market capitalization.

Global economic growth remains a primary concern, however. Earlier this month, the IMF cut its global growth forecast to the lowest level since the financial crisis, citing the impact of tariffs and a weak outlook for most developed markets.

According to the IMF, the world economy will grow at a 3.3% pace, which is 0.2% lower versus the initial forecast in January. Nonetheless, strength in leading markets like the U.S. with its healthy labor market are keeping global growth afloat.

A mix of Chinese stimulus measures have been providing the fodder for economic growth, such as lower taxes, no corporate tax breaks, monetary policy adjustments, and more market access for foreign companies to set up shop. All in all, Wall Street is looking at the Chinese government’s latest efforts as a plus for its economy, which makes it rife for investment.