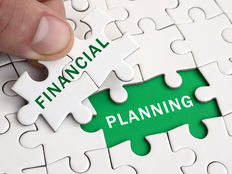 During a Charles Schwab-hosted media call last Friday, Direxion’s Sylvia Jablonski had some advice to offer concerning investors’ positions when the market is at its worst.

As Jablonski explained, when the market falls off, it’s a matter of having a balance of diversified portfolios and having made allocations to the sectors that tend to do well over time. That said, it’s vital to have protection over one’s portfolio.

This could mean having to allocate to sectors involving consumer staples, health care, late-market cycle performers, utilities, treasury ETFs, etc. Just a couple of those, as examples, for a long-term investor, has reasons they can go with to hold on.

As Jablonski explains, “If you look at Microsoft (MSFT) or Apple (APPL), for example, two of the most popular trade stocks out there, those names have massively rewarded investors for the past decade. But, if you look at early August, they were also the biggest names that were hit when the news came out that they were going to put 10% on the $300 billion. Essentially there were massive swings.”

“Hold onto those quality names that you believe are going to do well in the future,” Jablonski states. If one thinks, regardless of trade tariffs, technology will lead to production, new inventions, etc., that makes it worth holding onto.

At the same time, it’s a good idea to add allocations for safety and quality ETFs. Looking at some dividend payers will help. Jablonski also notes how emerging markets (EM) are at an absolutely low-rate. That’s one of the many opportunities to take advantage of while things have dipped.

Hold onto those surefire names, yes, but diversifying a portfolio with names that protect, hedge, and do well is an easy strategy to work with when markets pull back.

Equities are also worth looking into as well. Long-term holders that can afford to stick with how things go with the market will be able to generate income and appreciation equities overall. It shouldn’t be a reason to worry, even as the market shows some significant fluctuations in terms of volatility.