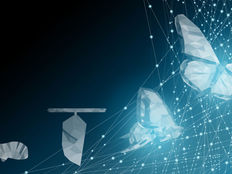 When asked about where things are in the market cycle during a Charles Schwab-hosted media call last Friday, Direxion’s Sylvia Jablonski spoke on the impact of recent volatility, and what it could be building towards.

“It’s certainly been a weird and volatile market, to say the least,” said Jablonski, Managing Director, Capital Markets and Institutional ETF Strategist at Direxion. “Volatility has consumed focus over recent weeks, despite a fantastic start to the year. In January, there was a debate as to whether the Fed would raise rates. Quickly after, when keeping in mind similar volatility, trade tariff debates, etc., it became a question of how many rate cuts there would be.”

Global Slowdown Has Caused Some Panic

With the US-China trade conflict on the minds of many, globally its impacting Europe, Latin America, Asia, and the US. That has led to some global slowdowns, as well as concerns. They’ve seen clients approaching panicked reactions to the market, given its volatility. The headline risk has likely impacted the portfolios of many investors.

Whether it’s selling into the lows or going straight to cash, and sitting on the sidelines, there’s potential to miss out on economic opportunities coming through the market during the year.

So, seeing how the flows have gone, Schwab’s line of thinking is that it’s good for investors to resist the urge to react quickly when the market is sinking extremely low or flying high as the result of headlines.

As Jablonski points out, speaking with a lot of advisors provides the perspective that says to stick to the strategy and adjust when appropriate, providing some assurances along the way.

“If investors want to hold onto their growth and their cyclicals, and the stocks have done well, you certainly don’t believe that a recession is imminent in the next 6-12 months. You can still hedge and balance your portfolio by diversifying to late-cycle performers,” Jablonski says.

She noted how this sort of advice is always good to have, especially when considering risk and exposure. Additionally, being able to mitigate those possibilities by allocating to different sectors that behave differently when markets pull back.