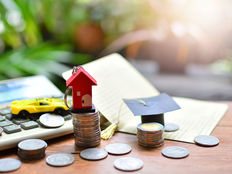 Trade wars and inverted yield curves are throwing curve balls at investors, but with more volatility expected, are they better off leaving capital with the major league large cap equities? Does it mean small cap equities are doomed?

Of course, it depends on who you ask, but some will say small-cap exposure is still a necessity moving forward. It’s just a matter of acting strategically.

Per a Motley Fool post, “If you want big growth from your investments, you have to start small. That might sound contradictory since most small-cap stocks will never make it to the blue-chip level, but small-cap stocks, generally defined as having a market cap between $300 million and $2 billion, give investors the greatest opportunity for the kind of huge, exponential returns that could truly change your life.”

Amid the latest market volatility, it’s been large-cap equities that have been outperforming small caps thus far, according to Direxion Investments’ latest Relative Weight Spotlight for the month of August. The trade wars have most certainly put investors on a rollercoaster ride, but for investors with a queasy stomach, they might want to look at large caps.

“Large Caps (1.55%) outpaced Small Caps (0.58%) for the fourth time this year, and it was the fourth time in the last five months for large-cap leadership,” a Relative Weight Spotlight post from Direxion Investments noted. “Year-to-date, the spread widened to 3.03%, and the year-over-year spread has now widened to 12.42%. The outperformance seen in large caps over the last month was largely driven by the Information Technology, Communication Services, and Financials Sectors, all of which outpaced the broader market by more than 1.00%. As the macro environment becomes increasingly more opaque, we believe that large caps have offered investors exposure to higher-quality names and companies that are better suited to operate in an environment where longer-term yields continue to fall.”