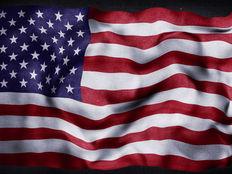 Favor US Equities Over International? Look to RWUI ETF

The U.S. capital markets literally stumbled into 2019 after a slipping and sliding through a fourth quarter to forget—the Dow Jones Industrial Average fell 5.6 percent, while the S&P 500 was down 6.2 percent and the Nasdaq Composite declined 4 percent. Overall, 2018 marked the worst year for stocks since 2008 and only the second year the Dow and S&P 500 fell in the past decade.

Despite a number of roadblocks heading into 2019 after a rough fourth-quarter market showing to end 2018, the U.S. economy rebounded in the first quarter this year, beating analysts’ expectations of 2.5 percent growth with a 3.2 percent growth number.

“While the (first quarter) boost from net trade and state and local government spending is unlikely to be repeated in [the second quarter], the main message is that private consumption and investment are slowing down only gradually,” said Brian Coulton, chief economist at Fitch Ratings, in a statement.

Exports helped to drive growth in the first quarter as a a decline in imports and higher inventory investment offset weaker consumer spending and business investment, according to the Commerce Department on Friday.

“The upside beat was helped by net trade (exports jumped while imports contracted sharply) and inventories which combined contributed almost 170 bps of the rise,” wrote Peter Boockvar, chief investment officer at Bleakley Advisory Group. “Personal spending though, the biggest component was up just 1.2%, two tenths more than expected as an increase in spending on services and nondurable goods offset a decline in spending on durable goods.”

“Key risks to the outlook are U.S. protectionism and political instability in Europe. The former would hurt Japan’s exports that feed into global supply chains, as well as autos,” said Bloomberg economist Yuki Masujima.

A mix of Chinese stimulus measures have been providing the fodder for economic growth, such as lower taxes, no corporate tax breaks, monetary policy adjustments, and more market access for foreign companies to set up shop. All in all, Wall Street is looking at the Chinese government’s latest efforts as a plus for its economy, which makes it rife for investment.