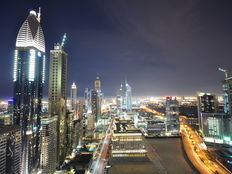 How Will Emerging Markets React to Less Fed Cuts?

A peek into last month’s Federal Reserve meeting minutes hinted that the central bank may not stay on a linear course to keep cutting rates moving forward. Lately, the market’s responded to cuts on the upside, but how will U.S. equities react moving forward?

“Federal Reserve officials generally agreed that they likely won’t need to cut interest rates again unless economic conditions change significantly, according to minutes released Wednesday from their most recent meeting,” noted a CNBC report discussing the Fed’s most recent minutes in which it cut rates by a quarter point last month.

“They maintained, however, that policy isn’t on a pre-set course, even if it is likely to remain on hold, and members will continue to assess changes in data and the general outlook,” the report said. “Members often note that Fed policy adjustments work on a lag that can take a year or more to be felt, so they intend on watching how the switch to easier policy will impact financial conditions. The cuts started in July, just seven months after the committee approved the fourth rate hike of 2018.”

“Those sentiments are largely in keeping with recent public statements from Fed officials,” it added. “Chairman Jerome Powell, in congressional testimony last week, said he also felt comfortable with the stance of policy. That includes the low probability of a rate hike as well: Following the Oct. 29-30 FOMC meeting, he further stated that he doesn’t expect increases unless there is a significant move up in inflation.”