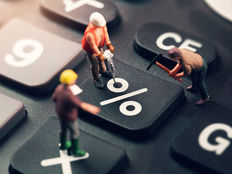 The Federal Reserve didn’t give capital markets the rate cut they might have been expecting last Wednesday, but the major indexes responded positively because they left the door open for reductions in the federal funds rate by year’s end. Federal Reserve Chairman Jerome Powell said that the central bank would adjust interest rate policy as necessary or whatever the economy dictates is best through 2019.

“Overall, our policy discussion focused on the appropriate response to the uncertain environment,” said Powell. “Many participants believe that some cut to the fed funds rate would be appropriate in the scenario they see as most likely.”

While the majority of the capital markets would’ve liked to have seen cuts, maintaining the current federal funds rate didn’t catch anyone off guard.

“The Fed didn’t surprise investors with the decision to maintain rates, but the split vote tells us that a cut is on the way and it’s increasingly likely that will be in July, as bond markets have been hoping,” said Neil Birrell, chief investment officer at Premier Asset Management.

“This was probably the compromise decision — it wasn’t shocking and should offer some reassurance,” Steve Rick, chief economist at CUNA Mutual Group, said in a note. “The FOMC will still want to closely monitor the stress fractures from the bond market, middling housing and auto sales numbers, and an increasingly uncertain global economic landscape in the coming months.”

“In light of these uncertainties and muted inflation pressures, the Committee will closely monitor the implications of incoming information for the economic outlook and will act as appropriate to sustain the expansion, with a strong labor market and inflation near its symmetric 2 percent objective,” the central bank said in a statement.

Will future rate cuts give U.S. equities a boost over international equities?