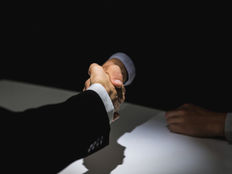 The world’s second largest economy could be playing a dangerous game that involves secret lending, which could put debt levels across the globe higher than what’s officially being tracked. This, in turn, could exacerbate growing concerns of a global economic slowdown.

This secret lending could also put investors at a disadvantage when it comes to allocating capital to the debt of these countries accepting these borrowed funds. It also does no favor to those countries involved that are also receiving debt relief from the International Monetary Fund (IMF).

“China’s rise as a global creditor has also meant that there are a lot of hidden debts,” said Carmen Reinhart, a professor at the Kennedy School of Government at Harvard University. “That is, countries that had borrowed from China but this borrowing is not reported by the IMF, by the World Bank. So there is a tendency to think these countries had lower debt levels than what they actually have.”

“From the vantage point of surveillance, this means that the IMF, if they’re doing debt sustainability for example for Pakistan, unless they know how much Pakistan owes China, they are doing that sustainability exercise blindfolded, ” Reinhart added.

For the exchange-traded fund (ETF) investor, this poses a possible play for U.S equities over international equities if this secret lending accelerates a global economic slowdown. The leading economy can certainly blunt the impact of a slowdown better than other international economies.

“With this being the case, economic growth is expected to slow marginally in 2019 after strong growth in 2017 and 2018,” the report added. “While long-term impacts of the US tax cuts may be limited, both critics and supporters say it may take years to draw conclusions on their effect, but benefits should continue to be seen in 2019.

“As written in recent Fed minutes, the US economy is at or close to full employment, highlighting that additional job growth may come at the expense of an overheating economy. The results of the midterm elections will likely mean that there will be no additional tax cuts or meaningful spending packages coming down the pipe in the US, especially when funding for border security is being used as a bargaining chip during the recent government shutdown.”