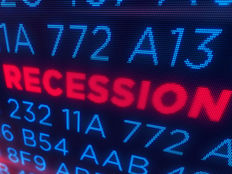 Treasury Secretary Not Predicting Recession Due to Coronavirus

Treasury Secretary Steven Mnuchin was brimming with confidence in the U.S. economy, saying that the government will use all the necessary tools available in order to avoid a recession due to the coronavirus outbreak. Based on data from John Hopkins University, more than 156,000 cases of the virus have been confirmed on a global basis.

In the U.S., more than 2,900 cases have sprung up, including 57 deaths. The past week ended the longest bull market in history as the major U.S. indexes fell due to coronavirus fears.

Mnuchin, however, was optimistically looking forward.

Other economists, however, beg to differ.

“I wouldn’t be one bit surprised if when we look back at the data, it is decided … that the recession started in March,” said Alan Blinder, an economist and former Federal Reserve vice chairman. “It takes months to get the data that would be relevant to a call like that. But it wouldn’t be a bit surprising to me.”

“This has really become a major public health crisis, which has, in turn, curtailed consumer demand,” said Gary Cohn, former National Economic Council director. “Most likely, I’m willing to say, we are already in a recession. We are having negative growth right now and the market is pricing in that uncertainty.”

Will the latest governmental efforts be enough to ward off a recession in the U.S. economy? This creates an opportunity for investors to capitalize on the Direxion FTSE Russell US Over International ETF (RWUI).

RWUI offers investors the ability to benefit not only from domestic U.S. markets potentially performing well but from their outperformance compared to international markets.